Galileo entered into a Deed of Assignment with Cordoba and BC Ventures with the option for Galileo to earn an initial 51% interest in the Bulawayo Gold Projects and Kimativi Lithium Project in Zimbabwe by committing to spend US$1,500,000 of exploration expenditure within two years. 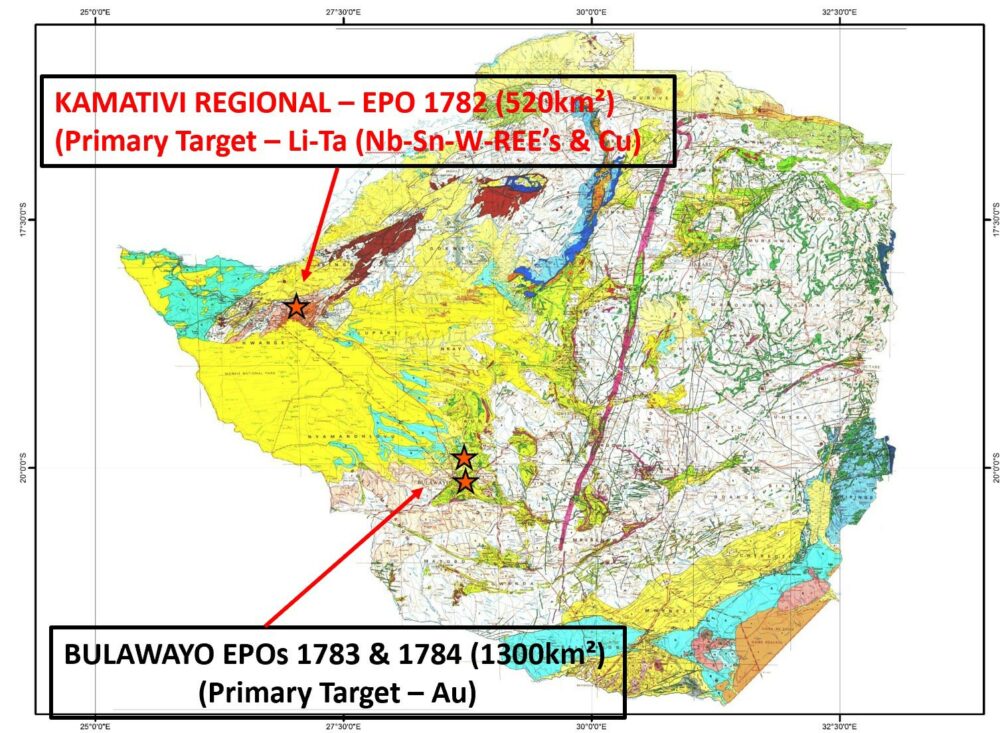 Figure 1: Location of the Kamativi and Bulawayo Projects in Zimbabwe

Kamativi Lithium Project
Zimbabwe is recognised as one of the most prospective countries in Africa for pegmatite-hosted lithium. Prospect Resources Ltd (ASX: PSC) estimates that its Arcadia open pit lithium deposit, hosted within a stacked series of pegmatite dykes, contains JORC-compliant proven and probable ore reserves of 37.4Mt, grading at 1.22% Li₂O and 121ppm Ta₂O₅. China’s Zhejiang Huayou Cobalt recently announced that it had agreed a deal to purchase 100% of the project for US$422m.

The Kamativi Lithium Project comprises EPO 1782, covering 520 km2, and lies on the Kamativi Belt directly adjacent to, and along strike from the historic Kamitivi tin-tantalum mine which operated from 1936 to 1994. The Kimativi Mine produced 37,000 tonnes of tin and 3,000 tonnes of tantalum ore from pegmatites, and in 2018 Chimata Gold Corp (Zimbabwe Lithium Company) announced a new JORC (2012) compliant Indicated Mineral Resource of 26Mt @ 0.58% Li2O within the Kamativi mine tailings, confirming that the mine contained significant quantities of lithium.

Little exploration has been carried out on the licence area in the past 25+ years and there is very good historical data available to advance exploration for lithium. The licence area encloses extensions and splays of the Kamativi Tin Mine host unit, including mapped pegmatites, and it has been reported that there are old tin-fluorite workings within the Sinamatella property.

Much of the historical exploration on the licence has been focused on new discoveries of tin, and recent grab samples from the west of property report lithium in old mica-tourmaline workings, confirming the potential for new lithium discoveries.

The licence area also contains a large extent of the pre-Cambrian Malaputese Formation which is considered to be strongly prospective for VMS hosted copper, surrounding the old Gwaii River Copper Mine and including numerous other copper prospects and occurrences. 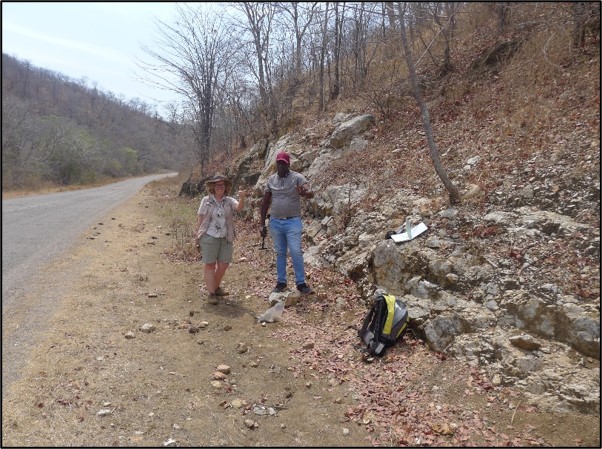 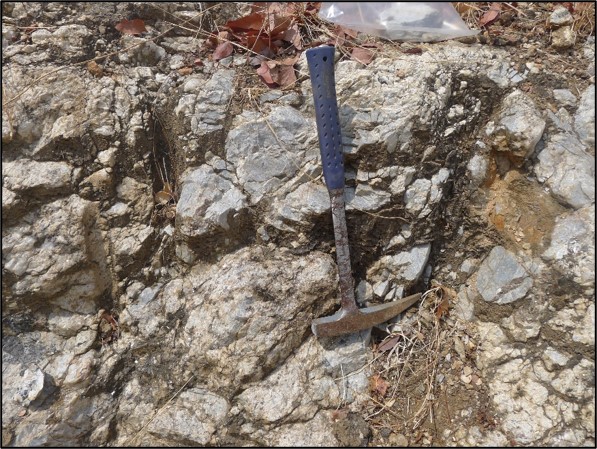 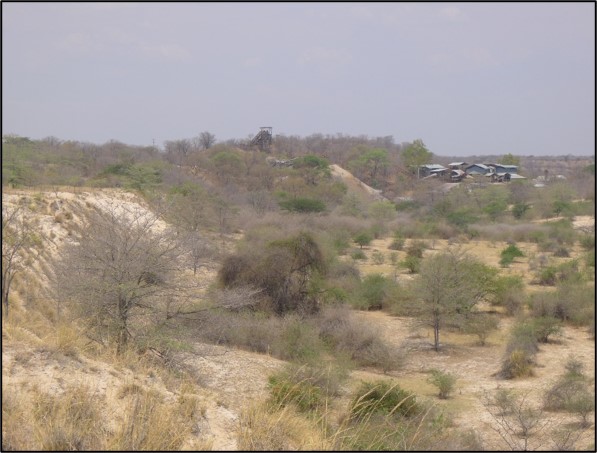 Bulawayo Gold Project
Zimbabwe has long been a significant gold producer, primarily from Greenstone Belt quartz ‘reef’ deposits. The largest current producer is Caledonia Mining Corporation Plc from its Blanket Gold Mine, which currently operates at a depth of about 750m below surface on multiple ore shoots and produced approximately 55,000 ounces of gold in 2019. A new deepening of the mine will raise production to 80,000 ounces from 2022 and extend the mine life. To date, in excess of 1 million ounces of gold have been produced from the property.

The Bulawayo Gold Project comprises EPO 1783 and EPO 1784 and covers a large 1,300 km2 licence area near Bulawayo with extensive Greenstone Belt rock formations that are host to many small to mid-size quartz reef gold mines and deposits in Zimbabwe.

The gold typically occurs in quartz ‘reef’ and shear zone settings, with no systematic exploration carried out for more than 25 years due to the previously unfavourable investment climate in Zimbabwe. Prospective areas with thin sand/alluvial/Karoo basalt cover have never been explored and recent grab sampling on the property reports assays ranging from 3.9-16g/t Au, confirming the prospectivity of thes ground. 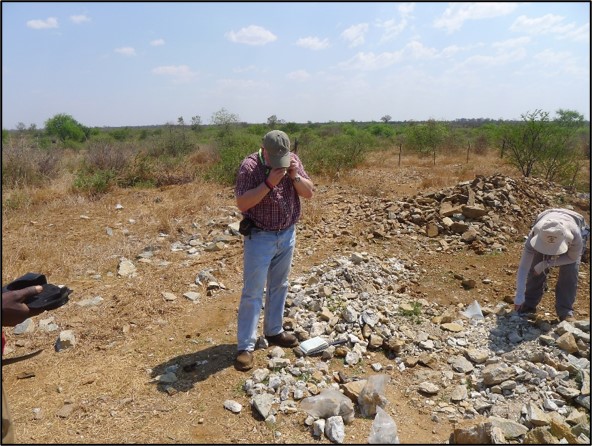 Inspected old mine workings on the Bulawayo Project 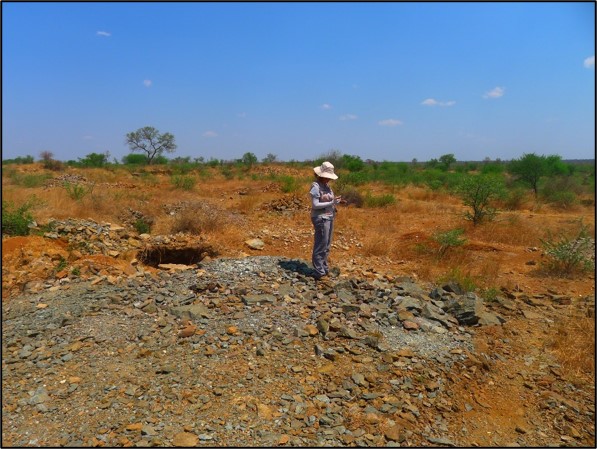 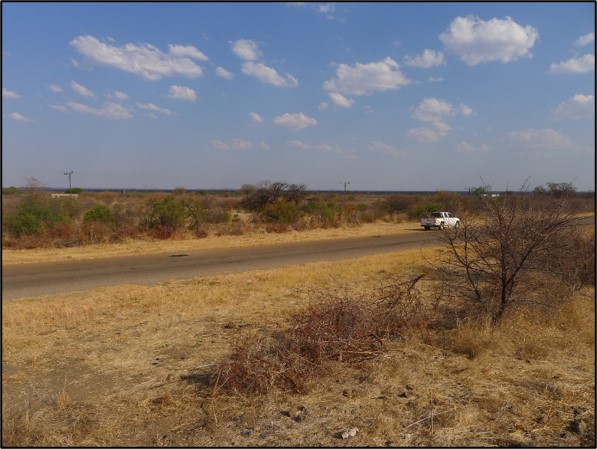